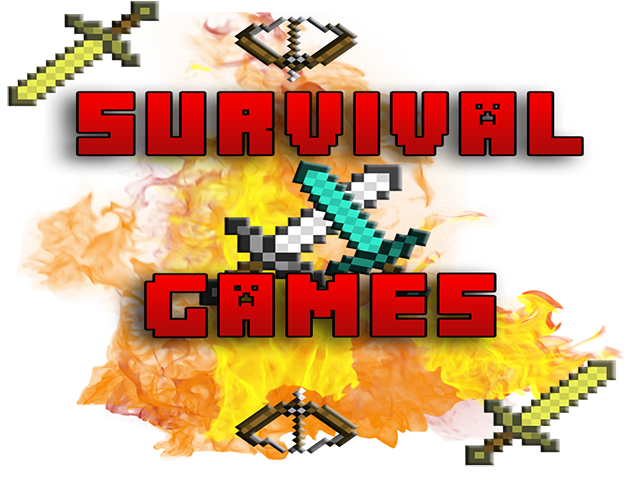 Survival Games is a plugin that challenges each player to survive as long as he can among his foes! loot chests and gain advantages on others! you can also find that friendly guy who wants to team with you and help you eliminate others, last man standing wins! But it doesnt end there, with this plugin, you can fly with your imagination, transform it into a Skywars plugin, or a Hungergames plugin (where you can build freely), or anything you wish, the features this plugin includes will blow your mind, and with constant updates, and support as well, nothing could go wrong!

- Unlimited arenas!
- Arenas can be SOLO or TEAMS of ANY size!
- Bungee mode support with Map Voting and Waiting lobby and server restarting!
- Vote for Time, Health, and Chests!
- Abilities! give your players a unique experience with awesome special abilities!
- Feasts! feasts can spawn at randomized locations across the map and encourage players to go for them because of their superior loot.
- Randomize and limit the amount of maps players can vote for in BungeeMode
- Become a spectator on death and watch the rest of the game!
- CrackShot, QualityArmory, and ItemEdit support!
- Deathmatch to finish the arena!
- Parties! Players can join parties to play together! with party chat also!
- Built-in coins system, but also can use Vault!
- Titles support through Title Manager!
- World border support!
- Tier 1 and Tier 2 chests
- Leader board signs with player heads and Holograms support!
- Lightweight Rollback (Only rolls back carepackages and prevents Fire from burning/spreading, and blocks tnt damage)
- Advanced Rollback (Restores the full world) within seconds!
- FastAsyncWorldEdit rollback support
- Option to allow arena modification, so for example you can allow players to break/place certain things, blow up certain things, or maybe modify everything, and this features allows you to use this plugin in so many different ways, it allows you to imitate different plugins such as SkyWars
- Fireworks ending with a cool little customizable map that can display your own images such as server logo
- Carepackages (Call an airdrop with rare items that are configurable)!
- Sponsoring feature for spectators! Create categories and sort items that players can sponsor
- Bounty system that fully uses GUI's
- Clickable chat messages! Players can click chat to play again for example
- Have your own SHOP so players can buy items with coins or disable the shop!
- Achievements ;D!
- PlaceholderAPI support
- View offline/online players stats
- Create your own Kits! make them free or purchased with in game money or real money or require a permission
Loads needed worlds for you! incase you don't have multiverse
- Built in World Manager! you can 'create' 'delete' 'import' 'tp' 'list' 'backup' 'rollback' 'setspawn' 'backupall' worlds with a simple command! and so you don't need any other plugin to manage your worlds!
- Supports all items up to 1.16!
- A warning system, where doing something not allowed a configurable amount of times will result in player being kicked out of the game.
- Disable specific items from being used!
- Use UUID or Normal Names
- Works with or without MySQL
- Customize breakable blocks and placeable blocks
- Grace time at the begin! (Configurable)
- Refill chests after specific time
- Saves many player stats! such as Gamesplayed, kills, wins, Play time, and more!
- Change items that spawn in chests and their chance and durability and the amount of them and enchant, name, lore them!
- Have a custom chest.yml for each arena, or use a single chest file for all arenas!
- Free Configuration! The plugin is configured by default, but you can also get this free epic configuration as well to make things more juicy!
- Customize prefix, scoreboard, and almost all messages! But there are some stuff not configurable, so don't complain about that.
- Signs that shows some information about arenas, and can even display their state color on the block behind them, and they are configurable
- You can spawn mobs that will protect you and target others!
- Auto-join (A feature that finds the best available arena and let the player join)
Cool scoreboards! the arena scoreboard is FULLY customizable! (You can display any information you need in any style)
Super, and I MEAN super Independent, it can work FULLY by itself, without a single other plugin. it doesn't even need the main ones, like Multiverse or Essentials.
Enough for now, you see your self