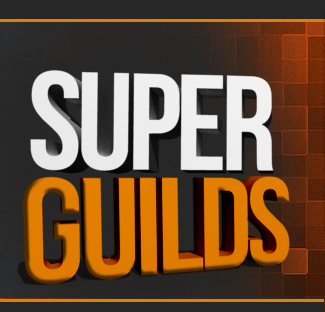 This is a script and works with Skript plugin.
(Test it on free version before buying it!)


"SUPERGUILDS lets you create a Guild which is your team. You can claim land as your own, raid other Guilds and win tournaments. This breaks old faction rules and brings you new gameplay!"

Guild Wars are like a minigame, guilds can fight in an arena to be #1. After losing or wining a war, they get a division (Bronze, Silver, Gold, Crystal, Master and Championship).

Guilds has four different builds: Townhall, Barrack, Storage and Alchemy. This buildings are giving perks & features to guild. Also they are upgradable. For example, Level I Townhall upgrades the guild member limit to +4, Level IV does +16.

Each player has unique race, each race has unique effects. Players can disable/enable their race effects when they want.

Resources are needed for making buildings or buying alchemy perks. Players can donate for increasing the guild resources.