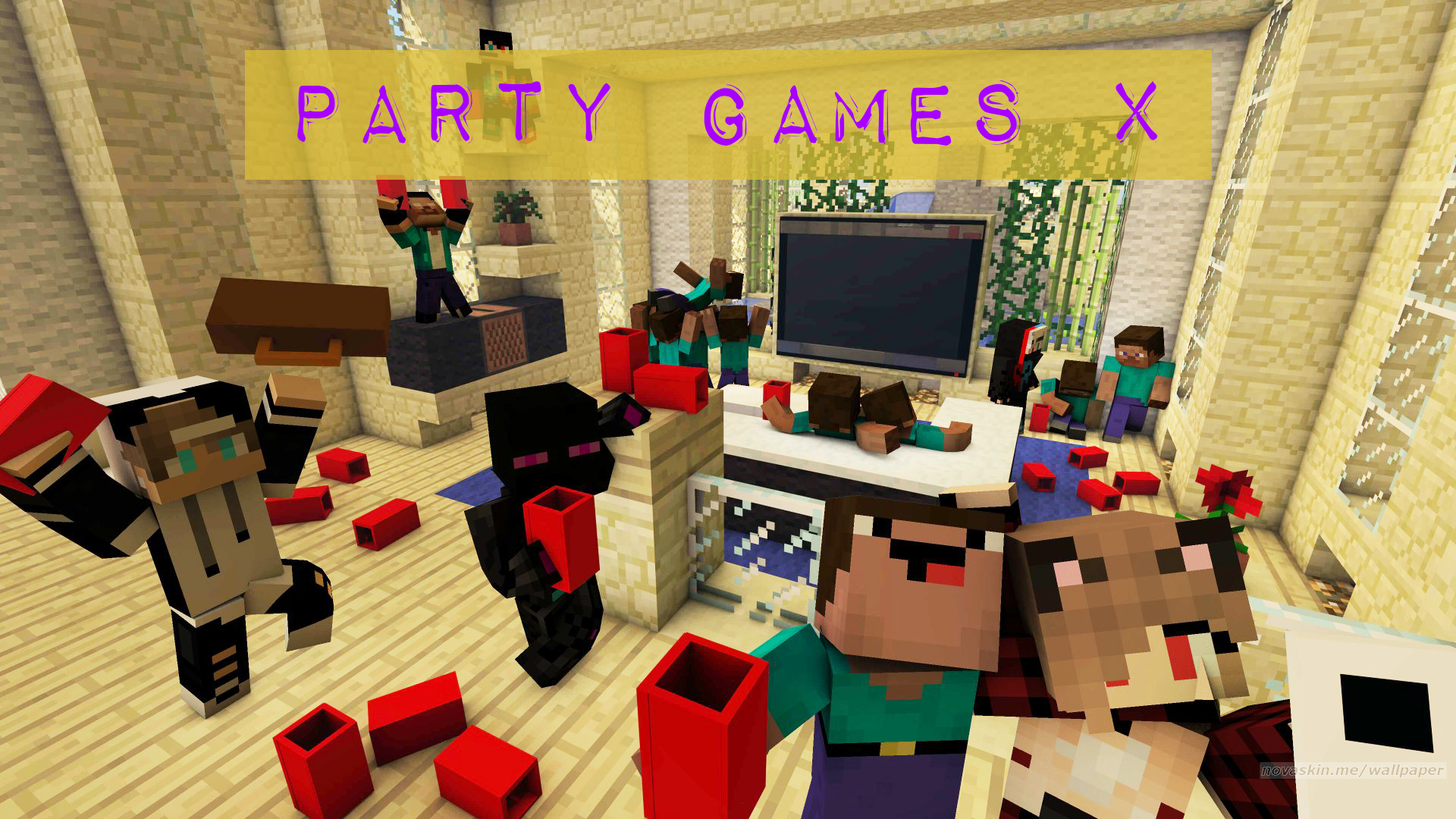 Party Games X: This plugin is a bundle of fun minigames that your players can enjoy in one place! Players compete in a series of different minigames such as spleef, one in the chamber, parkour, sumo, floor shuffle, and many more! They compete to collect the highest amount of stars in each round which eventually determines the ultimate winner!

Before you get into the features and get all excited, please also read the following.
Spoiler: Warning

- Multi-arena! You can make many arenas and in the same world too!
- Bungee-Mode! The plugin can be installed along other plugins like in your factions server and what not but it can also take over the server and force players to join the lobby! Or even a specific arena and once the arena finishes the server restarts
- Many different minigames that can be registered to different arenas. You can setup minigames once and use them across all arenas or specific ones. You can have arenas specific to 1 minigame, 2, or as many as you want!
- Current minigames packed inside (23):
- Advanced API that allows anyone to make additional minigames and register them in the plugin as an addon. You can even replace the built-in ones!
- FREE PRE-MADE SETUP that includes 2 lobbies, 1 map for each of the 23 minigames, and 5 arenas. You can install this setup in few steps and you are ready to start playing with 100+ players!
- Boosters!
- Winning celebrations!
- Parties system! All done through a gui, You can create a party and invite players
- Achievements! customize the achievements requirements and awards, and view the achievements in a cool scrollable gui
- Lobby countdown shortening system! If the arena has a certain number of players the timer will be shortened to begin faster
- Create leaderboards for many stats! kills, coins, wins, games played, waves survived, player exp, towers built, sold, upgraded, etc... and you can also display players head
- Ranks! players earn exp and rank up unlocking new towers until they reach the maximum rank which is configurable, you can also run your own commands when a player reaches a certain rank
- Prestiges! Players can reset their rank and increase their prestige! This will prevent players from getting bored after achieving the max rank
- CrackShot and QualityArmory support!
- Fully customizable scoreboards!
- Spectator mode!
- MySQL Support and normal files support
- Titles support! It can also hook to TitleManager if available
- Join signs, Auto join signs, Leave signs, Leaderboard signs!
- Built in world manager, you can create, delete, import, backup, restore, tp, setspawn, list, worlds.
- You can customize most of the plugin messages, inventory names, signs format, arena states, items, titles, chat prefixes! BUT NOT ALL. some things are forced to be english!
- The plugin contains a broadcaster system that announces certain messages every x seconds
- PlaceholderAPI and MVdWPlaceholderAPI Support!
- Holograms support! you can make holographic stats and a holographic leaderboard and display tower names in holograms through HolographicDisplays
- Custom maps! Create maps for winners and losers and include custom messages and images to make things more fun!
- Clickable chat messages!
- Create your own coin modifiers for vips! You can give them double coins or triple and so on!
Click to expand...
Reactions:suchfly, Damian312, Mankk and 14 others